My Key to a Successful First Year at APU 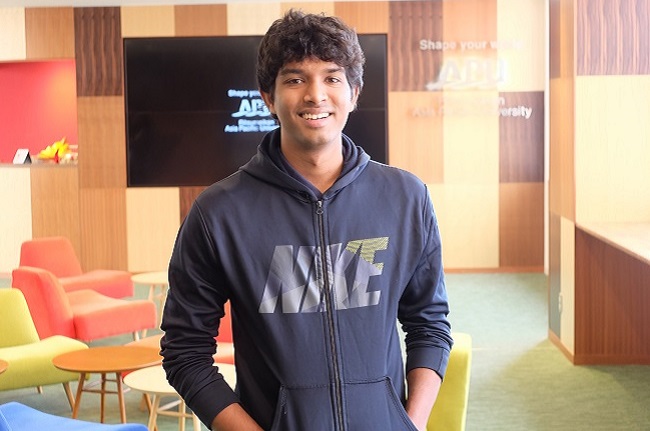 It was a challenge in every sense of the word. Like most new students, surviving my first year at APU seemed like a daunting endeavour. In fact, during those first few weeks, I sometimes found myself just lying in bed not knowing where to start tackling everything coming my way. With intense Japanese classes dominating my studies in the first semester, I couldn’t help but think that I would not get through those first four months, let alone the whole year. There was also the challenge of adjusting to my newfound independence, meaning I now had responsibilities of paying bills, cooking for myself, and working part-time to earn some money. Given all this, I never would have thought I would be smiling at the end of my first year, but here I am, grinning away.

So how did I get from point A to point B? Looking back, I believe this can be attributed to one crucial decision that I made at the start of the year: I chose to devote undivided time and attention to my studies, waiting to participate in extracurricular activities until after I had adjusted academically. Events and opportunities outside the classroom are plentiful at APU, but in my case, I decided that settling in with my studies would come first. I had also identified specific goals, and knew that in order to achieve these, a high GPA would be of the utmost importance.

With that decision made, I put in hours of work studying for Japanese and the other classes I was enrolled in. But those tough four months of effort paid off when I got my first semester grades as I managed to get a GPA of 4.0. I just remember letting out a long, overdue sigh of relief when I logged into the online grade system and saw the good news.

With a solid academic foundation and strong GPA in tow, I was ready to become more involved in activities outside my regular classes in my second semester. To give you an idea, here are few of the opportunities that became available to me:

Now that my first year is over, I do have a sense of relief that it is behind me, but I am proud to say that I made it through. I have no regrets about my choices as they enabled me to achieve even more than I set out to do initially. Even though some may think that the first semester is a walk in the park, I would even go so far as to argue that the first semester at APU is the most important semester—performing well is critical for your success in the semesters and years to come.

So now I am moving on to my next challenging but exciting journey – life as an exchange student at Georgia Tech. The experiences of my first year will surely help as I continue to make a conscious effort to work hard and be diligent while I am abroad, and of course, I will try my best to keep smiling. I look forward to seeing you all back at APU in the fall of 2017. Ganbarimasu!