Japan is not only the world’s third largest economic center but is one of the most popular travel destinations thanks to its rich traditional and modern culture combined with beautiful landscapes. The country also prides in itself in cutting-edge technology and maintaining one of the highest safety records found anywhere in the world. You can even read about it in one of our student blogs called "How to Lose Something (and get it back) in Japan". For the ideal location to earn your university degree, look no further. 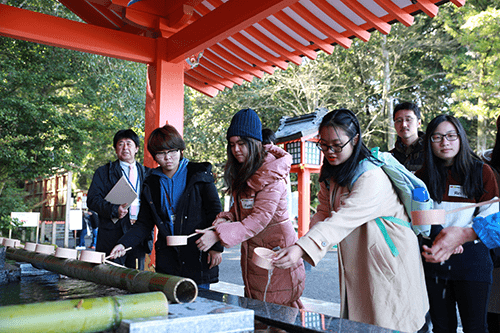 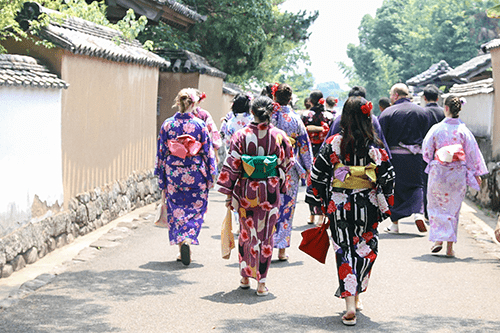 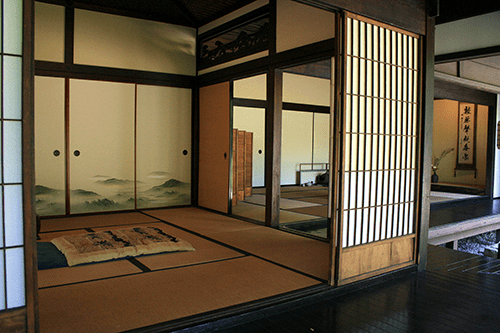 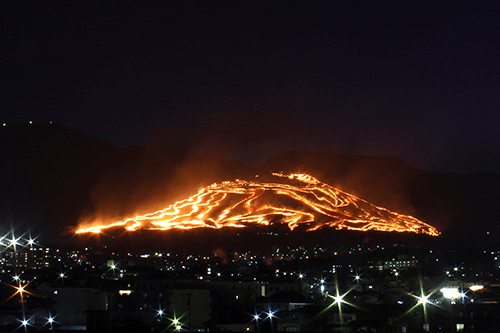 Although you won’t find samurai and ninja around today, many aspects of traditional Japanese culture are still relevant in modern society. During your time here, you will be able to visit famous temples and shrines of cities such as popular tourist destinations such as Kyoto and Nara. Seeing people dressed in kimono is common as these traditional clothes are still worn for formal occasions such as weddings. Participating in Japanese tea ceremony where you are served matcha green tea in a tatami room is another experience not to be missed. Spring and summer are the prime seasons to see local Japanese festivals, which often date back hundreds of years and are still held to pass down old traditions to younger generations. Other events such as the cherry blossom viewing parties known as hanami and watching sumo wrestling matches remain widely popular even today.

Sushi and tempura may be some of the most well-known Japanese food but others such as tofu, ramen, soba and udon, are quickly gaining popularity internationally. Here, you will find some of the most fresh and delicious food anywhere in the world. This unbeatable quality is apparent by the popularity of the Tsukiji Fish Market in Tokyo, which draws visitors from all over the world every day. Tokyo also boasts the most Michelin starred restaurants of anywhere in the world for the eight year in a row. Japan’s healthy cuisine may be one of the secrets to why it has one of the longest average life expectancies in the world.

Japan has been a world leader in the latest technology for decades with innovations from shinkansen (bullet trains), which carry thousands of travelers quickly and quietly across Japan every day, to electric rice cookers and LED lights used in homes across the world. Major automobile manufacturers like Toyota and Honda were born in Japan and are now global household names. This is also true for Sony and Panasonic-multinational corporations making high quality audio devices and other electronics.

One of Japan’s most famous exports is pop culture, from anime and manga to video games, music and movies. Japanese pop stars such as Arashi, Ayumi Hamasaki and Kyary Pamyu Pamyu are famous not only in Japan but have a broad international fan base as well. Under the vision of Hayao Miyazaki, Studio Ghibli has created wildly popular and internationally-acclaimed animated movies such as My Neighbor Totoro, Princess Mononoke and Spirited Away. Anime television series such as One Piece and Naruto remain popular as they have been translated and broadcast across the world in many different languages while Japanese video game companies such as Nintendo have been providing countless hours entertainment for decades.

While majestic Mt. Fuji is the one of the quintessential symbols of Japan, you can find many other types of landscapes here-such as the beautiful white sand beaches of Okinawa and the snowy mountains of Hokkaido. Japan also has four distinct seasons, meaning that you can enjoy the continuously changing landscapes throughout the year, such as the beautiful red foliage during autumn.

Living in Japan means you are residing in one of the safest countries in the world. Highly advanced yet affordable healthcare is available to all residents along with national health insurance. Even in major cities, most streets are quite clean, thanks to strict trash sorting and recycling rules, and tap water is safe to drink. The crime rate is extremely low, even in the large metropolis of Tokyo, which was recently ranked first in The Economist’s 2019 Safe Cities Index.