Planning a Trip on a Budget

The ubiquitous number of blogs and articles written about budgeting in university shows that extravagant lifestyles could not be further from the truth for most college students. It would seem that vacations would be off-limits as well to the frugal student, but this is a misconception held by too many people who often miss out on an unforgettable experience travelling with friends-on a budget, of course. For students living in Beppu, travelling to Fukuoka and Osaka on an affordable budget is not out of reach, especially if you plan it months in advance and go with a group of friends. It still would require a significant deal of money, but there are ways to cut down costs by doing your due research on transportation and accommodation along with food and beverages.

During the summer break of 2021, six of my friends and I decided to travel to Osaka for five nights. This vacation coincided with the long summer break that acted as the division between the end of APU’s spring semester in July and the start of the next fall semester. The decision to go as a group of six was influenced by the earlier research that my friend and fellow SMU member, Eleanor, and I had done in advance. Thus,


Don’t rush into planning with a large group of people!

In the occasion that you’ve realized too late that travelling with a group of four is more affordable, you don’t want to experience the painful decision-making of eliminating two people from your group of 6, and not to mention, the awkwardness of explaining to them that they are now not included in the plans as a result of budget considerations. Furthermore, travelling with a large group of people can be troublesome. Compromises and sacrifices must be made in order to accommodate the convenience of the majority number of members in the group. For example, if five people in a group of twenty want to linger longer in a museum while the other fifteen want to move to another attraction, there is a tendency that the interests of the five would be dismissed in favor for the interests of the majority. 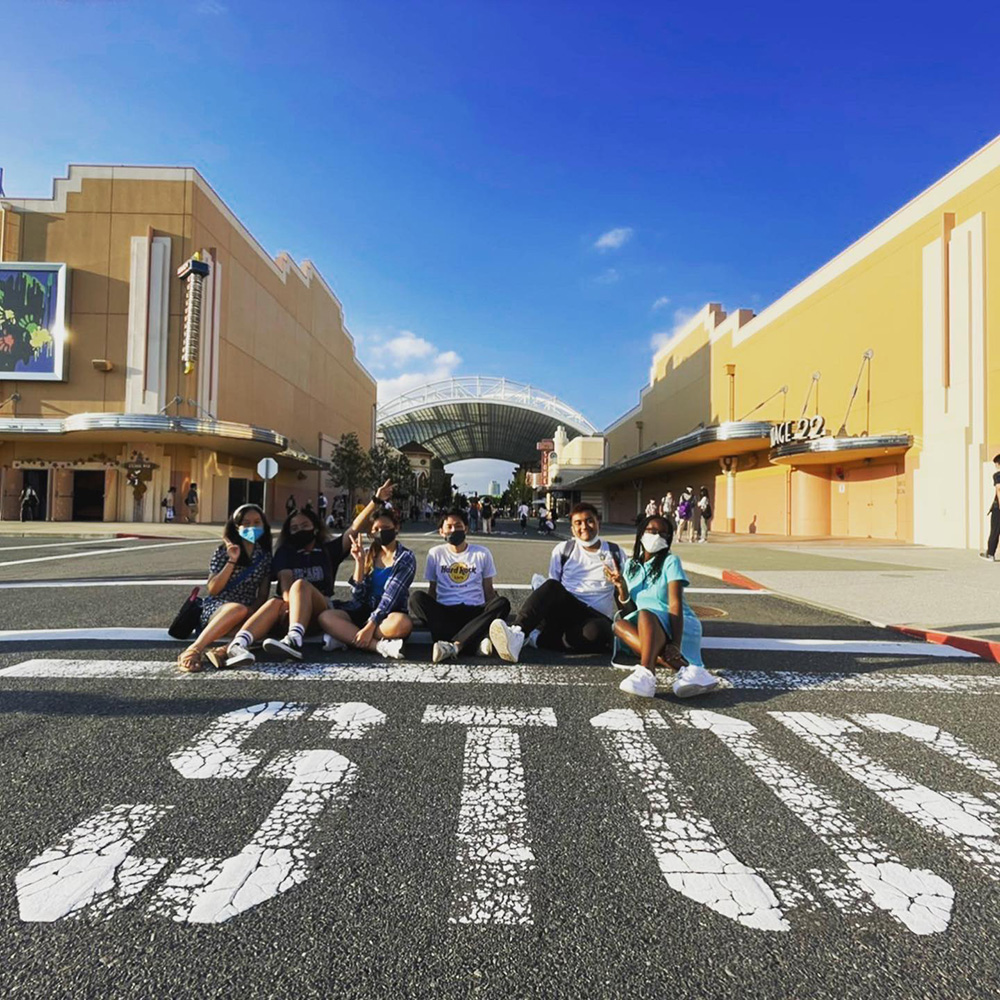 How to Get There?

Within Beppu, there are many transportation options that are oddly quite diverse for a small town, such as taking a plane from Oita Airport, the Sunflower Ferry from the Beppu port, a highway bus, or a JR train that could take you all around Kyushu Island. When we traveled to Osaka, we considered the two most feasible options for transportation: boarding the ferry for an overnight trip back and forth, or taking a plane flight from the airport. We decided to take an overnight ferry trip instead of going on a plane, as it was slightly cheaper by around 800 yen. However, this meant that we had to add days to our trip, making our trip a total of 8 days in which 2 days would be spent traveling overnight on the ferry.

On the other hand, if your trip is located within Kyushu Island, traveling to your destination by bus or train would be far more ideal to the budget-conscious student. Often, you should be on the lookout for ticket deals, such as purchasing two-way for a party of two to travel between Beppu and Fukuoka, which costs a total of 10,000 yen or 5,000 per person, a stark contrast to the additional 3,000 if bought individually. Due to this deal, it is considered more cost-efficient to take the bus to travel to Fukuoka than taking the train, which can cost up to 6,000 yen on a Sonic Limited JR train from Beppu to Hakata Station.


A Bed for The Night

Finding a place to stay while travelling usually would be the most expensive expenditure, which would most likely be true even in the most frugal of travel plans. There are other options than fancy hotels such as staying in a rented apartment through Airbnb and booking.com, where you can find promo deals for Japanese-style Ryokans, cheap hostels, and even for two-to-three-star hotels if you are travelling outside the peak season. For the solo traveler, there are capsule hotels that Japan is known for that will let you stay in a small pod with shared bathrooms and a communal kitchen. While in Osaka, we stayed at a hostel with bunk beds and a communal shower room. It was quite luxurious for its cost of 12,000 yen for five nights. More discounts can be obtained if you sign up as a member of these accommodation booking sites, such as booking.com or agoda.com.

Warning: carefully read the terms and conditions of any accommodation that you are planning to reserve online, especially if they ask you for credit card details. If “Pay at the Property- No Prepayment” is listed, then it is safe to fill out your credit card details without fear of any transaction being made before your arrival at the accommodation. However, if that is not explicitly written at the top of the booking, you must be prepared for the cost to be taken out of your credit card at a moment’s notice.

Canceling your booking accommodation is possible as long as it fulfills the cancellation conditions within your reservation. Most of the time, if the cancellation is made anytime from the reservation to two days before the trip, the money paid would be refunded via credit card (if a transaction has been made), or free of charge if no cash has been exchanged. Most importantly, do not forgo reading the fine print as there are reservations that will not accept refunds. 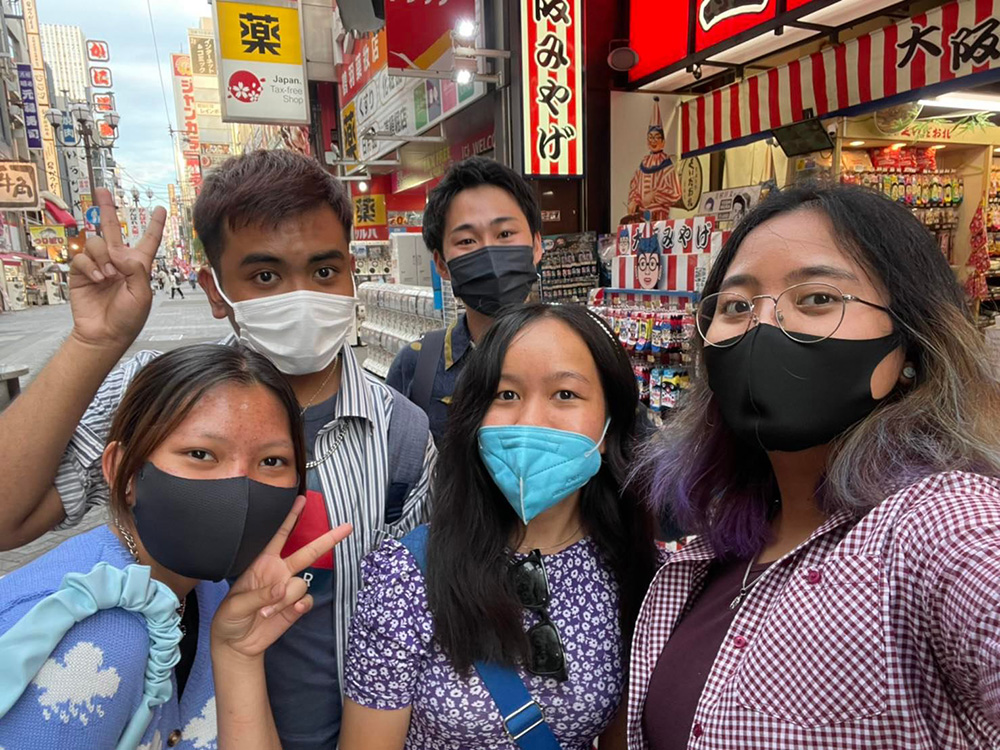 During the trip, planning for traveling to attractions in advance would significantly reduce your expenses as there are many early-bird discounts. Before our trip to Osaka, we ordered the tickets from the Loop Machine in Lawson. This has to be done several weeks in advance, especially during peak seasons. Making online reservations to the attractions that needed special entrance passes in advance would most likely be lighter on your wallet than buying at the door. However, there is not always an option to purchase online and your only option for reaping those early-bird benefits would be to arrive earlier at the attraction. Going to TeamLab Borderless in Fukuoka was one of those attractions that did not allow for online reservations, only reservations on the day with a specific time slot available. The earlier you get there, the earlier you could enter the attraction. 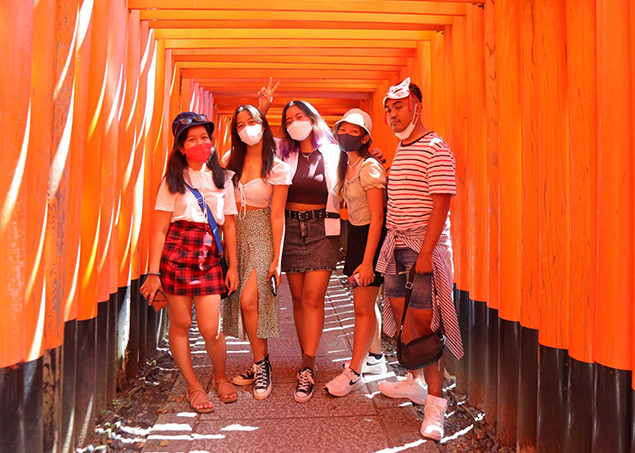 Finally, there are other smaller ways that can make your trip more budget-friendly such as sharing big meals with friends to split the costs, using public transport and doing a lot of walking (all the better to enjoy the sights), and buying omiyage or souvenirs in bulk (ex. 12 pieces of daifuku sweets wrapped in one package). But the most important tip for travelling on a budget is…

Don’t forget to have fun! Keeping affordability in mind is necessary, but it should not overshadow your enjoyment of the trip! Remember that these trips are special occasions that should be an opportunity for you to widen your horizons, as well as a reward for getting through the semester. Happy travelling! 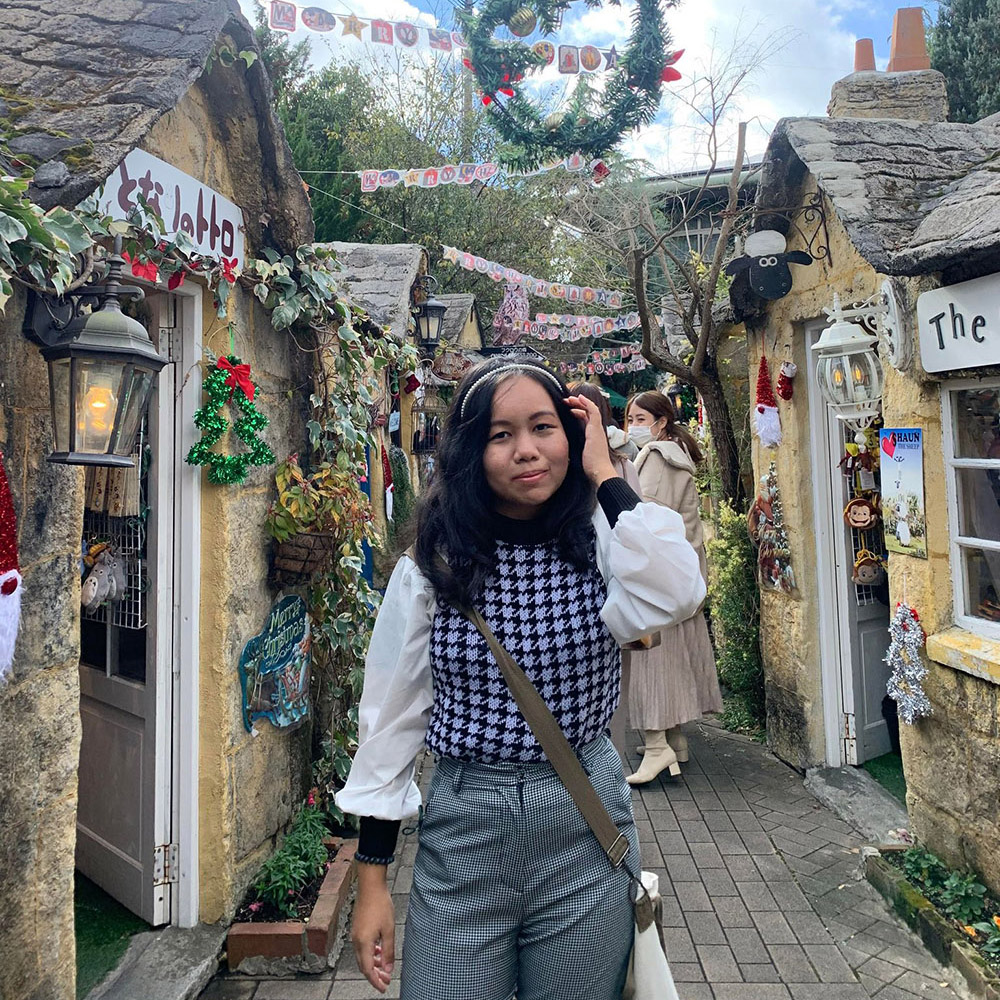 Erin Katrina Titiheruw is an APS student majoring in International Relations and Peace Studies. She would choose cozy get-together parties with my friends over partying at a club most of the time. As an introvert most of the time, she likes the hustle of a big city where one could lose themself by finding a quiet place to read.