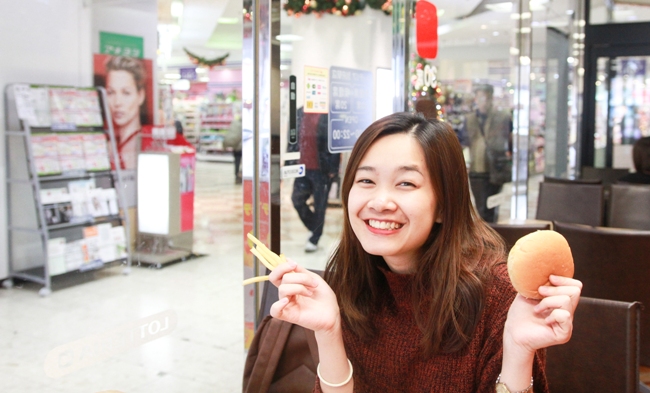 Before coming to APU, I was just a regular high school student living in Hanoi, Viet Nam. My daily schedule consisted of going to school, being picked up by my parents and studying; rinse and repeat. I lived a worry-free life. At the time, my biggest challenge was acing my exams, like every other student in my country.

Initially, I considered my job just a way to earn a bit of extra cash; nothing more, nothing less. Seven months later as I type this, I realize that I have received so much more than just my wages.

One of the biggest challenges I had when I started was communicating fluently in Japanese. I started working in the beginning of my second semester at APU, meaning that my Japanese skills were, at best, intermediate level. On top of that, I was the first international student to work part-time at this particular shop, so absolutely everything was taught to me in Japanese. At first, it was very hard, especially when I did something wrong and was corrected by the manager in fast Japanese. I struggled, but persisted. I knew if I didn’t adapt quickly, I’d be out of a job and money. But day by day, I grew accustomed to being in an all Japanese environment that required me to communicate in Japanese constantly. As a result, my language skills as well as my confidence have greatly improved.

The Japanese Way of Working

Let me ask you—how do you think burgers are prepared in fast food restaurants in Japan? Most people tend to think that everything is premade; employees need only assemble it, right? Wrong! I used to wish it were that simple. Making the perfect hamburger requires precision—baking the bread until it is just right, topping the burger with condiments beautifully and folding the wrapper crisp and cleanly.

All this in order to create the utmost satisfaction for the customer in the form of a perfect hamburger? But why?!

At first, I felt frustrated and wondered, why is this so complicated? I mean, does it really matter what order the ketchup and pickles are put on?

But I realized the significance soon enough. Japan is known as one of the countries with the strictest work ethic, and for good reason. The notion that everything you do is for the sake of your customers is the backbone of so much of Japan’s business culture. To experience this in person has given me a different perspective on the Japanese work style. People in Japan respect their customers and are well aware of the need to provide the best service in order to keep their patrons smiling. They put their heart into the tiniest of details in every product and service, from the newest piece of technology to a humble hamburger. Impressed, I too began to put my own heart into making a perfect burger every time.

My Home Away from Home

Some might find it a little strange to hear that I found my second home at my part-time job. At first glance, Japanese people may seem strict or distant, difficult to approach. I thought so too, until I really got to know them. In reality, they are some of the kindest people I have ever known. What really touched me was how caring and concerned they were when I fell ill. During a particularly grueling shift, I suddenly felt sick and went to rest in the break room. While there, a coworker approached me with a cup of hot water and some medicine. Even with my family far away, I realized that there were kind people who cared about me and could soothe any lingering homesickness here at my work place. That simple but warm gesture left me with so much gratitude and encouraged me to try even harder at my job.

For me, going to work is not just about the job any more, but also about seeing my new family, hearing about how they are doing and taking care of one another if anyone has a problem.

Although I still have to try very hard every time I work, I will never regret having spent part of my college life learning to make a perfect burger the Japanese way. The knowledge and experiences I have gained have taught me a lot and shaped me into a more mature person, and I am sure it will remain one of my best memories from living in Japan. Knowing I will begin job hunting in a couple of years, I feel even more motivated to discover more about the people of Japan, their working ethics as well as their way of thinking. 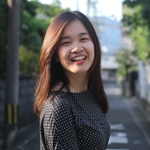