Pride in Japan: The History of the LGBTQ+ Community

On behalf of all our LGBTQ+ students and staff, we would like to wish everyone a Happy Pride Month this June! We hope that during this month, you had a bright and joyful Pride. For those who may not be fully aware of the history behind Pride, nor why it is widely celebrated worldwide, let’s go back in time a bit—all the way to New York City!

Pride, by definition, is a feeling of deep pleasure or satisfaction derived from personal or collective achievements. In the context of this month, however, it represents an integral cultural concept within the lesbian, gay, bisexual, queer, intersex (LGBTQIA+) community. This month is a celebration that represents the liberty, solidarity, collectivity, and shared identity of LGBT folks, as well as their shared history and continued strive for equality, liberty, fairness, and justice.

As a sub-holiday during Pride Month, Pride Day is officially celebrated on June 28, marking the start of the Stonewall Uprising. This event involved a raid by the NYC Police of the Stonewall Inn, a private gay club in Greenwich Village. 200 customers of varying sexualities were thrown into the street at 1:00 a.m. But rather than dispersing and cooperating, the crowd fought back with pennies, bottles, and other objects that could be thrown at the police. This sparked weeks of protests and riots involving hundreds of people, all demanding rights for gay people. Martha P. Johnson, a black transgender activist, stood at the frontline of this liberation and founded a transyouth organization to house and feed homeless youths. This was truly a pivotal moment in the country’s politics and societal treatment towards minorities.

Bringing it back to Japan, there is a long, interesting history of LGBT people dating back to pre-modern times. Japan’s first religion, Shintoism, set the basis for the nation’s belief system and tolerance towards people of all sexualities. This was, however, influenced and changed through decades—specifically from importation of Western ideologies and beliefs. Following the Meiji Period, there became a slight transition from homosexual acceptance to condemnation as a result of this influence. Shudo (衆道/しゅうどう), wakashudo (若衆道/わかしゅうどう), and nanshoku (男色/なんしょく) were three of the main forms of homosexuality practiced in Japan during the Edo period, but these later gave way to the German concept of urning (homosexuality deemed as a psychological disorder). This caused a shift in the value and belief mindset, bringing gay culture to the back of society like in most Western countries during that time period.

Activism began to take shape as a result of these societal shifts, and this can be notably observed through the creation of a lesbian group by the name of Wakakusa no Kai (若草の会/わかくさのかい, Young Grass Club) in Tokyo in 1971. This group served to create an environment for female same-sex intimacy and was one of the main turning points for increased visibility for political change. Loanwords became more prominent, with politicians such as Otuska Takafumi using the word gei (ゲイ) within weekly segments of his show, The Snake Man.

The terminology rezubian (レズビアン), meaning lesbian, became a politicized term to reference women’s liberation, identity discovery, and desire, while gei was used in reference to professional bar workers and the entertainment trade. In regards to sexual orientation (seiteki shiko, 性的指向/せいてきしこう), some people use the term okama (おかま) when referring to homosexuals in Japan, literally meaning rice pot. This can be traced back to the Tokugawa period when it began to be used to reference homosexuals and other men who behaved effeminately. Nowadays, this is a rather derogatory word to reference folks within the LGBT+ community. If you wish to refer to homosexual people respectfully, the best translation would be doseiai (同性愛/どうせいあい). This means same-sex love, appearing in various academic and literary texts from the 1920s to date. You can add -sha (者/しゃ) at the end of the word to form doseiaisha (homosexual person). This is commonly used in daily life. For other sexualities, loan words are widely applied, ranging from baisekusharu (バイセクシャル) meaning bisexual, sutoreto (ストレート) meaning straight, kuia (クィア) meaning queer, and toransujenda (トランスジェンダー) meaning transgender.

Towards the mid-1900s, legalization of sex reassignment surgery began in Japan, with Japanese municipal official Kamiwaka Aya becoming the first openly transwoman in office. This established legal representation for queer people within government, leading to openly LGBT folks such as Taiga Ishikawa, Wataru Ishizaka, and Kanako Otsuji assuming positions in office. Further solidification of LGBT+ in societies continued through the 2000s, and the affairs of coming out became a more conscious occurrence.

There are still limited protective laws for LGBTQ+ folks in Japan, with the current social climate a difficult one for people to easily come out. Nevertheless, there is still prominent tolerance towards LGBT people in Japan. For one, homosexuality is legal in Japan. As of today, same-sex relationships are permitted in 34 local governments within Japan, such as Shibuya, Setagaya, and Edogawa ward. According to the 2019 Global Attitudes Survey, an estimated 68% of the Japanese population voted in favor of accepting homosexuality, most notably the younger generation. The formation of the ILGA (International Lesbian and Gay Association) by renowned activist and gay magazine Adon founder, Minami Teishiro, led to the organization of the nation’s first Pride Parade in August 1944. This sparked an annual succession of Pride events with over 70,000 attendees.

Despite these historical advancements, Japan still has a long way to go in terms of achieving full equality for the LGBT+ community. Bullying in schools and gender identity disorder (GID) classification are still common within the educational system and society at large. Moreover, there are still no laws that allow transgender people to be legally recognized. This led to a lawsuit this year by Elin McCready—an American transwoman—with the Tokyo District Court on the government’s reluctance to change her gender on her residence certificate. These issues are reflective of the current climate in Japan where LGBT+ issues or relationships are still not acknowledged.

In regards to what we can do to support our LGBT+ family, educating oneself on the history, culture, and socio-political matters is always a good start. Allyship is also key. Performative ‘rainbow washing’ on social media is an act of tokenism compared to real actions that can be taken. Support LGBT+ organizations and nonprofits, either financially or through outreach in your communities. Have open discussions with your friends and family, and address social stigmas or personal prejudices you may have. Be open-minded to listen to LGBT+ folks. Get comfortable with being uncomfortable.

For Pride Month here at APU, The Kaiwa Podcast has collaborated with LGBT+ identifying students to make a podcast about their experiences in Japan and at APU, the politics of coming out, what Pride Month means for them, as well as topics regarding internalized homophobia and performative allyship. Do give it a listen! With that, we wish you all a happy Pride Month! 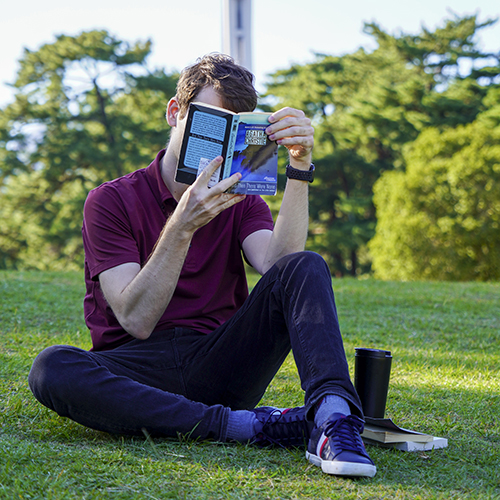 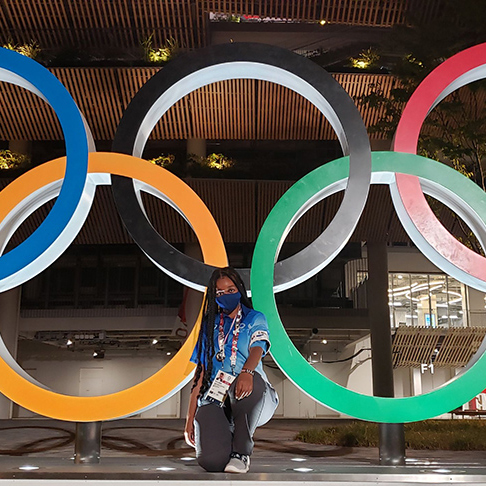 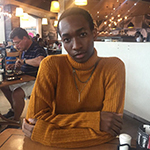 Temilolu Awofeso is an APM student from Lagos, Nigeria and a new member of the APU Social Media Unit. Outside business-related courses, he spends his time writing on Medium, taking short naps, and watching social documentaries.