Sorry for leaving before you! 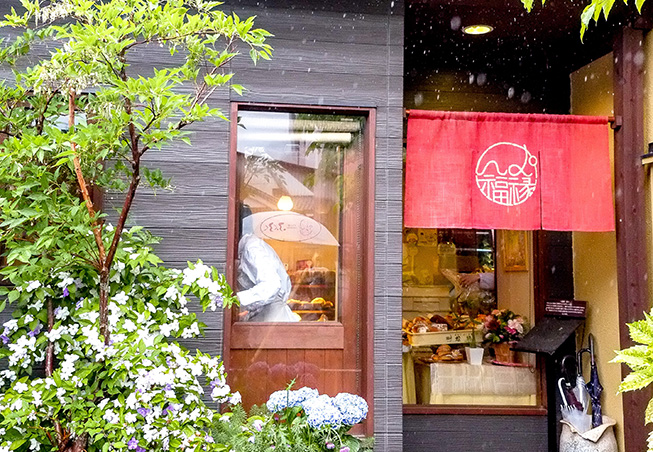 It seems like just yesterday I started my first part-time job at a small bakery in downtown Beppu. Ah, the wonderful smell of freshly baked bread… Oops, I got a little ahead of myself, but I promise I will talk about this later!

After I moved out of AP House and started living downtown in a three-room apartment with friends. Everything was new to me, as I had just finished my Japanese Foundation classes and was only able to speak beginner-level Japanese. My goal for having a part-time job at the time was to give me more opportunities to interact with local residents and also to get used to life in Beppu. I’d never had a part-time job before, and just thinking about working in a new environment and communicating in a totally different language made me feel extremely nervous.

So there I was, on my very first day. As I was spreading butter on a few slices of bread, the manager came over to me and said: 「ごめんな、ディアンちゃん！お先に失礼します。」(“I am sorry, Dian. Osakini shitsureishimasu”)

At the time, my Japanese was not good enough to catch the second sentence. So what I ended up understanding was only the beginning—the apology. I replied: 「あ？何でですか？」 (“What? Why are you sorry?”) I was so confused and wondered what he had done to warrant an apology. I felt like I was definitely missing something in the conversation. “Maybe he asked me to do other work?” So I left the buttered bread on the counter and followed him to the entrance of the store. It confused some of the other staff and even started a small chaos in the kitchen. When the manager realized I was following him, he grinned at my awkwardness, tapped on my shoulder, and told me to quickly go back to work. Another staff member tried to explain the situation to me, but sadly, I wasn’t able to understand what she said.

After my shift ended that night I tried to look up the meaning of the phrase. However, as I had not been able to properly hear what my manager had said, my search was unsuccessful. It was not until my last floor meeting before moving out of AP House that I heard it again. One of my RAs had to leave early and before leaving he said, 「みんなお先に失礼します。」("Everyone, osakini shitsureishimasu") I later went and asked him, but even after hearing his explanation it still took me one semester to fully understand the meaning of this phrase. Now I consider it a beautiful concept.

Most people studying Japanese will eventually come across the phrase, 「 失礼します」 or "shitsureshimasu", which literally means, “I apologize for doing something rude,” “Sorry for bothering you,” or simply “Please excuse me.” The first time I ever used this phrase was when I entered the room for my Japanese Foundation speaking test.

You can also hear it said before ending a phone call instead of saying goodbye. It is believed that you may unintentionally interrupt others when entering or leaving a room, or making an unexpected phone call. Therefore, it is proper etiquette to apologize for a possible interruption by saying shitsureishimasu.

In Japanese work culture, you may hear or use the longer phrase, 「 お先に失礼します。」or "Osakini shitsureshimasu". Basically, “お先に (osakini)” can be translated as “before” or “earlier.” So, by putting these together, the phrase takes on the meaning, “I apologize for leaving earlier than you and causing you inconvenience,” or basically, “I am sorry for leaving before you.”

At first, I found this expression unnecessary and a little ceremonious. Maybe it was because of the cultural differences between Japan and my home country. In Viet Nam, apologizing to your coworkers for leaving earlier is not part of the culture. If your shift is done and you have completed your work for the day, it is expected you will then leave work.

In Japan, on the other hand, manners and politeness are a deep part of the culture. There is the concept that leaving ahead of your coworkers may cause them difficulty. It could even put more work on those who stay, causing them to have to work even longer. Therefore, when leaving the workplace earlier than others, it is customary to say, 「 お先に失礼します」(osakini shitsureshimasu) to express regret for burdening others.

Having used this phrase regularly while in Japan, I genuinely think saying this phrase is a way of showing sincerity. Saying osakini shitsureshimasu doesn’t mean you are doing something bad by leaving earlier. On the contrary, I think it serves as a gentle way to send encouragement to your coworkers who are still working. In fact, I consider this phrase energizing and believe it plays an important role in working environments. This is especially important in Japan, where people often feel the need to stay at work past the allotted time to finish their tasks.

Even outside of the workplace, you might hear Japanese people using this phrase in their daily lives. In such cases, you may hear the shorter version of the phrase, 「お先に」(osakini). For example, if someone pushes the elevator button to hold the door open, you can express gratitude by saying osakini before walking out as a quick expression of, “Thank you for your kindness and I apologize for leaving ahead of you.” Or when you’re at dinner with colleagues and your food is served first, it’s okay to start eating before everyone else. (You don’t want your food to get cold!) But before doing so, many say osakini, which would mean, “I apologize for eating first before everyone has their food.”

The more I use this phrase, the more aware I become of its meaning. It is just a short expression that only takes two seconds to say but gives a lot of energy to those who hear it. As for me, osakini shitsureshimasu is a beautiful Japanese concept, and I plan to use the manners and sincerity I’ve developed from it both inside and outside of Japan. 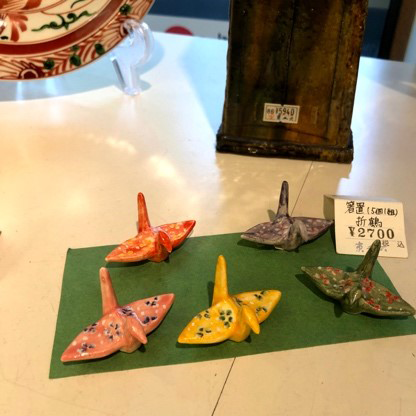 Van Nguyen Hong An (Dian) is an APS student from Vietnam. People may find Dian blogging in the office, or taking pictures on campus with her camera named Shiru-kun. Let's meet Dian and Shiru on a sunny day!