An Encounter with Omotenashi

“You’ve never really been to Japan if you haven’t visited Tokyo,” said my friend over the phone. While I don’t necessarily agree with this statement, I had to admit she had a point. Up until then, the only time I had been there was while transiting in Haneda International Airport on my flight down to Oita.

So after living in Beppu for about a month, I decided to put my limited Japanese to the test by venturing out on a solo trip to Tokyo over spring break.

And, if your first time in Japan is anything like mine—experiencing a small, calm, and manageable city like Beppu—you’ll find Tokyo to be the complete opposite: huge, bustling, and overwhelming. Up until then, my time in Japan consisted mainly of circling between campus and AP House, so the hustle and bustle of the city took some getting used to. But once I did, I attempted to use my time to explore the lesser-known parts of the city, and on one of my little excursions, I had a curious experience.

There I was, trying to figure out which bus would take me to a vintage movie theater—despite having absolutely no idea how to read the timetable. After blankly staring at the schedule for a few minutes, I decided to ask for help from the elderly lady waiting next to me. Following a labyrinthine explanation in my best Japanese, she replied with a brief smile and explained that she was going in the same direction, and so I found myself riding the same bus as this kind woman.

Shortly after arriving at my stop, I headed off towards what I assumed was the way to the theater, but was taken aback when the lady followed and said she would lead me all the way to my destination. I tried to decline by explaining I could use my phone’s GPS from there, and although the extra help was welcome, I didn’t want to inconvenience her. Yet she insisted on leading the way, and eventually, I couldn’t stop myself from accepting her assistance. This was my first time experiencing a stranger going through so much trouble just to make sure I was okay, and, as I would come to find, it was my first encounter with omotenashi.

Omotenashi is a Japanese word that means hospitality, but it is hospitality taken to an entirely new level. The word itself is taken from the verb motenasu, which means to make one feel welcomed and entertained, with an added o as a prefix, which when added, makes the word more polite. As the journalist Christel Takigawa explained in 2013 in her speech about the 2020 Tokyo Olympics, the concept encompasses an attitude of transparency, in which good treatment or service is given with nothing expected in return. It also symbolizes respect for others and is usually applied in a guest/client situation to provide the best service possible. But it is more than just a business concept, as many Japanese people see it as a philosophy of life—a habit rooted in Japanese culture and society and learned from a very early age.

Many also see omotenashi as the building block for Japan’s high quality of service in places such as airports, public transport, and shops. And, of course, it has even more visibility in Japan’s beautiful hotels and robust tourism industry. But it can also be found in small gestures in many aspects of daily life and personal communication. The examples are endless but a few that come to mind include:

Omotenashi is a core trait of Japanese society, and I think is also a large part of the reason why Japan is one of the politest countries I have ever visited. And while some might argue that omotenashi is just a habit or social obligation, I can safely say the kindness of one person’s actions definitely made me feel less lost and much more welcomed in Japan.

The photo featured is courtesy of APU student Lorna Probasco. 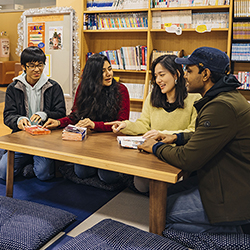 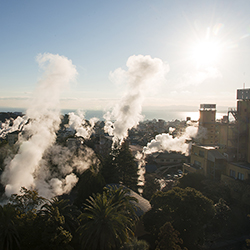