The Most Useful Japanese Phrase You Should Learn

Looking at each other’s faces, we stood in a big circle. All the club members clapped their hands once, bowed their heads, and as loud as they could, shouted, “Otsukaresama desu!” The Japanese members were all smiles, hearing everyone—regardless of nationality—yell this out at the end of our exhausting three-hour practice.

This is how my very first eisa club practice ended. (Eisa is a student organization for those who want to learn and perform the famous Okinawa traditional dance by the same name.) Being a brand-new first year, first semester student, I was a bit lost hearing such a long and complicated phrase.

I later asked one of my Japanese friends about what had happened, and they explained that “otsukaresama desu” is a common Japanese phrase used to show gratitude for efforts that others have made. Once I learned more about this phrase, I started hearing it all the time.

But why is “otsukaresama desu” such a common phrase? Japanese people are known for their politeness and civility, and this is reflected in their daily life and language. After a long day of work, a finished project, or even a long car ride, this phrase can be used in almost any situation as a way to acknowledge the work of others.

This recognition makes you feel appreciated and inspires you to keep working hard. It will also strengthen your relationship with others, as this shows that you care about their efforts, regardless of whether the final result was successful or not.

Let me break down the phrase a little bit. The root of the word is the verb tsukareru, which means “to tire.” So literally, the phrase could be translated as, “You must be tired.” But this doesn’t incorporate the appreciation that is represented by the phrase. So a better translation would be, “Thank you for your hard work!” Or simply, “You’ve worked hard!”

(P.S. Some of you advanced Japanese learners may want point out that there are other ways to say this phrase—otsukare, otsukaresama, otsukaresama deshita—but for the sake of simplicity, I am not going to discuss these differences this time.)

At first, I found it quite difficult to pronounce such a long phrase, and I had to practice (a lot!) to be able to say it right. But now I love using it. As an international student at APU, I probably use it almost every day—at the end of group meetings for class, when I head home after finishing my part-time job, or even when I run into a friend who could use a little pick-me-up. The more Japanese language and culture I learn, the more I feel connected to this phrase and my new home here.

I would even go so far as to say that every time I use it, I become a better person, even if just by a little. It’s helped me notice and appreciate the work of others more. I’ve begun to pay attention to small details and efforts that my classmates or co-workers have made while doing a job. It’s a perfect example of how by learning a new language, you learn more about a culture, the community and even explore a new part of yourself.

So before landing in Japan, learn how to say and use “Otsukaresama desu” correctly. (The video at the top of this page should help you!) Using this phrase will get you lots of smiles, and people will quickly warm up to you. Many will also return the favor by repeating the phrase back to you. It is in that very moment that you both will feel encouraged to keep doing your best, no matter how hard or how many obstacles are waiting ahead. 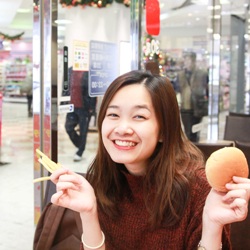